Marvel Studios have been ruling the hearts of people for the past 10 years or so with the infamous Avengers series. Around 14 movies were released in total throughout the era, and all of them conquered the audience totally. However, recently the last film of the series was released ‘Endgame’. Considering the audience’s commitment and emotions towards the entire series, the last movie and literally the endgame of Avengers was much awaited, and everyone was quite pumped up to watch it as well. There had been a lot of enthusiasm seen both by the crew and team of the movie, and the fan base. Social media was full of posts, and entertainment news was partially captured as well.

It was no shock when the Endgame movie broke the box office in the first weekend of release. The highest turnover was in North America and in 12 days the film made around 1 million alone from that part of the country. Internationally, Avengers Endgame made $2.6 billion, breaking the record of Titanic and becoming the second most grossing film in the history of the entertainment industry. It is also the first ever movie to reach such a high threshold globally, after Avatar, which reached $2.8 billion in 47 days.

This season there were 5 movies released in which endgame was one of them. However, endgame totally ruled the box office, and the rest four were left to collect the scraps. The Intruder secured the second position in the box office this season which was budgeted $8 million and is a thriller movie. It made $11 million in the box office, which is still quite better as compared to the rest of the three films.

On the third position, Long Shot made $10 million even though it has the best reviews among the newcomers. Its earning in the box office is however not up to the expectations after a $40 million budget. According to reports, it has the potential of making more on the basis of word of mouth. It is a political romantic comedy themed movie and has received the best reviews from the viewers, so the team is hoping for it to go up the mark.

Lastly, Ugly Dolls are considered to be the most unlucky movie considering its box office reach, which was $8.5 million, considering its budget of $45 million. The animated film regarding toys featured the voices of some of the top stars in Hollywood, but the results turned out to be a flop anyway.

Considering the numbers acquired by Endgame and its huge fan base of over the years, it also affected the fashion industry, and there has been a high demand in Avenger Endgame Leather Jackets. People from across the world want to dress up as their beloved characters like Captain Marvel, Iron Man, Captain America, Thor and even Thanos’ vests are in demand for cosplay parties. However, it is nothing new because in the past as well there had been a massive demand for costumes from any Avengers released the movie.

In the past as well, there used to be an increase in the demand for leather jackets, both simple and cosplay that the famous Avengers wore on the screen. The public included men and women of all ages and generations. All in all, the endgame was a super hit, but that has also been overthrown by John Wick 3 on its opening weekend in the local cinemas. The three-week era of Endgame was ended by John Wick 3, and it becomes the highest grossing film in the box office. 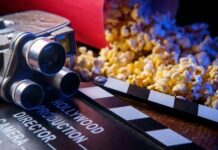 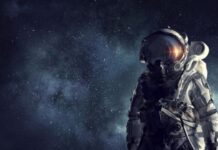 How You Can Benefit From a Dentist

This is How Make the Best Business Decisions As a Start-Up...

What is Last Mile Tracking? 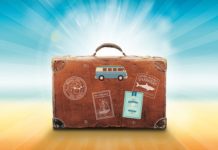 The Best Places to Visit if you are Studying Abroad in... 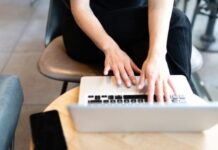 5 Best Freelance and Jobs Which Pay in Bitcoin